The Immediate Impact of GDPR 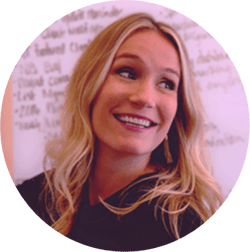 Months ago, we began writing about the impending Global Data Protection Regulations (GDPR) and what it means for your business or brand as well as what we envision this new era of data privacy protection will look like. All told, as of 5/25/18, GDPR is in place essentially for one reason: to give the control of what personal information is shared, back into the hands of the consumer. Choose not to comply or miss the deadline and you will face the consequences.

We’ve seen instances of this in the past week alone, by way of hefty fines issued and in some fringe cases—total site shut downs across the entire European market. This was the case with some major news providers whose sites were taken down in the UK leaving behind just a note to their readership regarding the new regulations. Among these news outlets were those owned by the publishing company, Tronc and included The New York Daily News, The Los Angeles Times and Chicago Tribune.

And while most other major news outlets were untouched by the policy shift, some including the consummately compliant NPR, issued users a statement that they must either agree to tracking or agree to view a plain text version of the site.

While others adopted by sending European users to a “European Union Experience”, as seen here by USA Today.

So what happened or is happening? While it’s hard to believe that such big players were woefully unprepared for the 25th, it’s looking more and more as thought this is exactly what happened. Those that weren’t shut down entirely—which admittedly, wasn’t a common practice—are receiving notices of lack of compliance. In short, GDPR is no joke.

We trust if you’re reading this, you’ve taken the necessary steps to ensure compliance, but we thought it may be helpful to provide a quick synopsis of how GDPR affects all of us—inside the European Union—and out. So if you haven’t yet taken all the necessary steps, 6 days later, we strongly encourage to do so immediately. Here’s why:

These articles have been trending recently so we
thought you may enjoy them too.
Pepperjam November 24, 2020

2020 has proven itself to be unarguably (and unapologetically) a year of epic trials and triumphs. It's certainly been a wild ride for marketers who learned how to navigate palpable uncertainty in...
Comments Click here to read/write comments

2020 has certainly brought with it it's fair share of complications and unpredictability. But it has also shined a bright light on some of the many benefits affiliate marketing can provide for...
Comments Click here to read/write comments